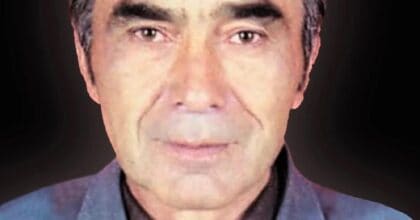 In 1973 his poem, “The day when we find our luck” was published in Kizilsu newspaper and this was one of his first poems to be published. When he first started writing, he used “volunteer” as his middle name in his writing journey. From 1988-1995 he became a professional member of the Xinjiang writers association. Since 1980 he has used the Piroza style and written five novels, such as, “lightening” in 1987, “bloody shore” in 1986, “Unfinished Satirlar”, “Life chain’’, “stars fairytale”. He also wrote “Love is not blind” in 1993, “Give me a permission” in 1990, “Undecayed sword” in 1999, “Stony wind” in 1985, “Black eyes” and “Bloody shore” in 1986 with his other writer coworkers. Moreover, he wrote 16 story collections, such as, “Frozen the sun on the sky”, “Orphan’s tear”, “oh smells”, “When the secret revealed”, “Shaykh Fire” and “Shirak”. He also wrote a poetry collection called “Wedding in my Town” with Yasinjan Omar in 1983.

Writer Abdulla Sawut’s other writings were selected as Xinjiang writers’ valuable collections and six sectional collections were published. He was also nominated for the 17th Tangri Tag Literacy award.

The great and talented Uyghur writer, poet Abdulla Sawut got arrested because of his writings in 2017. He got released due to really sick. He lost his life during the inhuman quarantine and lack of medical treatment in December 2022.

Remembering those who died during China’s latest COVID surge

His some books listed on the internet: 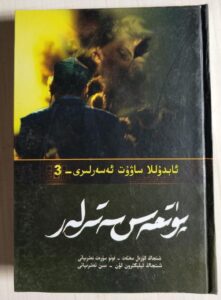 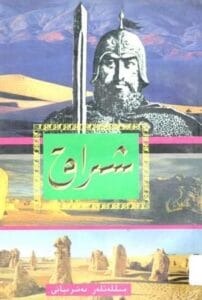