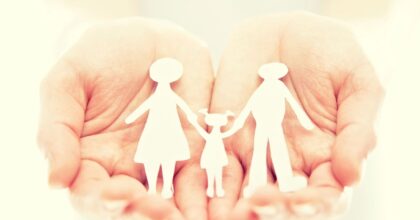 Uyghur Hjelp was founded in January 2017 by a group of Uyghur intellectuals living in exile, it aimed to document Uyghur tragedy, support mother language education and to aid Uyghur community in Turkey and the central Asia. It is also a campaign based organization. Uyghur Hjlep organized the following  works successfully.

On July 4, 2017, the Egyptian government arrested Uyghur students who studying in Egypt, Uyghur hjelp took an action to rescue the Uyghur students. Uyghur Hjelp talked to the media and organize Uyghur community in diaspora, helped them to buy air tickets, support them to save their lives from the mass arrest and also arrange them in Turkey.

Uyghur hjelp has adhered to the principle of transparency in its work, the income and expenditure has been announced on public every month.

Due to East Turkestan became digital prison since January 2017, Uyghurs students in the diaspora suddenly lost their support from the family, they were in desperate about what to do. As a result, hundreds of Uyghur students studying in Turkey have drop their schools. For this situation, Uyghur hjelp has begun its student award, student aid and high school student grant. Up until now, Uyghur students who have qualified with our standards have been awarded, granted, achieved scholarships, we spent $ 32,210 (Turkish lira 185,050).

Uyghur hjelp also helped to students who are not qualified for scholarships in Turkey but who are eligible for help. We spent $ 20.2690.45 (112666 Turkish liras)

Uyghur hjelp has also continued to aid and support Uyghur patients without insurance, children who left their parent at their homeland and living in exile to learn their mother tongue, we spent $ 7,852.24 (48,466 Turkish Liras) in financial assistance to  in need.

To encourage better education and create better conditions for Uyghur high school students who are living in diaspora, especially those living in Turkey, Uyghur hjelp granted students with good academic performance but experiencing financial hardship. We spent $ 3,119.17 (19340 Turkish lira) as part of the student award and granting project of Uyghur hjelp.

Sharing with the Uyghur community in exile with the fruits of the works of Uyghur writers and supporting young writers and poets living in diaspora, in order to contribute to the preserving  Uyghur language, which is facing the challenge of eliminating in the homeland under the Chinese regime, Uyghur hjelp has been actively working in the publishing books in Uyghur language. This project includes published books “Uyghur textbook 1, 2,” “Me and the World”, “After Awakening”, “Drops”, “Turna”,  Among the series of untold stories in 20th-century Uyghur history” have been published. It is series of Uyghur history, it includes:  “The Destruction of Abdurehim Isa and the Uyghur Dream”, “Zakirovs on the Political Stage”, and “1937-1957-2017”. We spent  $ 8,017.05 (55.235.80 Turkish lira) was provided to this project.

Since 2017 Uyghurs were targeted in middle east, south east Asian and north African countries. They left from those countries such as Pakistan, Saudi Arabia, Malaysia, UAE. They came to Turkey as refugees. In order to help them to find a way of life, Uyghur Hjelp spent $ 24,688.04 (143,127 Turkish lira).

Uyghur Hjelp received financial assistance from the International Human Rights Foundation and started documenting from November 2019 to May 2020.

Based on this financial asistance, we collected evidence from 4572 people by meeting with them face-to-face and telephone inquiries.